The Building Pathways team conducts outreach and recruitment to underserved communities, particularly women, people of color and young adults; provides career education, training, support, and career placement assistance to greater Boston area residents; offers technical assistance to public and private developers and owners and other industry stakeholders; and advocates for policies and practices that support the recruitment, retention, and advancement of a diversified workforce.

Building Pathways is led by a diverse board of labor and community leaders, activists, and professionals committed to promoting a diverse and inclusive construction workforce.

President/Director Brian Doherty is the General Agent and Secretary/Treasurer of the Greater Boston Building Trades Unions (GBBTU), an organization that unites 20 building and construction trade local unions that operate within the Boston area dedicated to improving the standard of living for members and their families. Brian served as Project Coordinator for the Building Pathways pre-apprenticeship program when it was first launched in 2011. He is a member of Laborers Local 223.

Treasurer/Director Mark Fortune, a Boston native, has been a local labor leader for much of his career in the building trades. A Business Agent for Sprinklerfitters Local 550 for nearly 3 decades, Mark also serves as President of GBBTU and has helped to position both his union and the building trades collectively, as leaders in the fight for better wages and working conditions for Massachusetts families.

Board Clerk/Director Rick Carter is the Administrator of the Plumbers Local 12 Education Fund/Apprenticeship Program located in Boston. Plumbers Local 12 represents the hardest working, highly skilled men and women in the plumbing industry and supplies highly skilled and trained Plumbers and Apprentices to their signatory contractors. He also serves as President of the Building Trades Training Directors Association.

Director Kenell Broomstein is the owner of KB Electrical, a union electrical contracting firm in Boston. Prior to establishing her own company, Kenell was a 16-year member of IBEW Local 103 and the first woman, and person of color, Business Agent for IBEW Local 103.

Director Savy Francis is a member of Pipefitters Local 537 in Boston and a graduate of the Building Pathways pre-apprenticeship program. Savy leads the Local 537 Women’s Committee and the Boston Union Trades Sisters.

Director Darlene Lombos is the Executive Secretary-Treasurer of the Greater Boston Labor Council (GBLC) whose mission is to improve the lives of working families within the 24 communities in GBLC’s jurisdiction. GBLC works to build a movement of unions and workers to advocate for working family issues in city and town halls throughout Greater Boston. The Greater Boston Labor Council also seeks to reach out to progressive allies within our communities to form coalitions to advance the cause of economic justice. Darlene was formerly the Executive Director of Community Labor United and has 20 years’ experience in community and youth organizing, leadership development and coalition development.

Director Nicole (Nikki) Horberg Decter is a partner in the labor and employment law firm of Segal Roitman LLP, where she advises unions on all aspects of labor-management relations and represents unions in arbitration, litigation and collective bargaining. She also represents individuals in litigation regarding wage-and-hour and discrimination matters. Nikki has served on the Board of Directors of the AFL-CIO Lawyers Coordinating Committee and on the Steering Committee of the Boston Bar Associations’ Labor and Employment Section as the co-chair of its Labor sub-committee.

Director Deborah Hughes has served as the Executive Director of Brookview House, a non-profit organization that provides shelter and services to homeless and at-risk families, since 1993. Deborah serves on the Community Services Advisory Board for MassHousing, on the Board of Directors for Roxbury Community College Foundation, and on the Facilities Advisory Committee for the Children’s Investment fund. She is a founding member of the Dorchester Women’s Safety Network, Transition to Work Collaborative, and Child Resource Specialist Initiative.

Director Chrissy Lynch is the Chief of Staff of the Massachusetts AFL-CIO. Prior to re-joining the AFL-CIO she was Director of Operations for the Boston Metro Building Trades Council, where she helped run programs that advanced equity, inclusion, and community standards in the construction industry. Before her time with the building trades unions, she worked for over ten years at the Massachusetts AFL-CIO, spending her last 5 years there as Political Director, helping to execute the political and legislative priorities of the Labor Movement. Preceding her time working for organized labor, she worked on Democratic electoral campaigns in Massachusetts and California.

Ex Officio Director/Executive Director Mary Vogel has cultivated years of experience administering worker and labor-centered nonprofit organizations. Ms. Vogel helped to launch the Building Pathways program in 2011, and assisted in the formation of similar pre-apprenticeship preparedness programs in the region. She began her professional career as an attorney advising unions and labor-management funds. 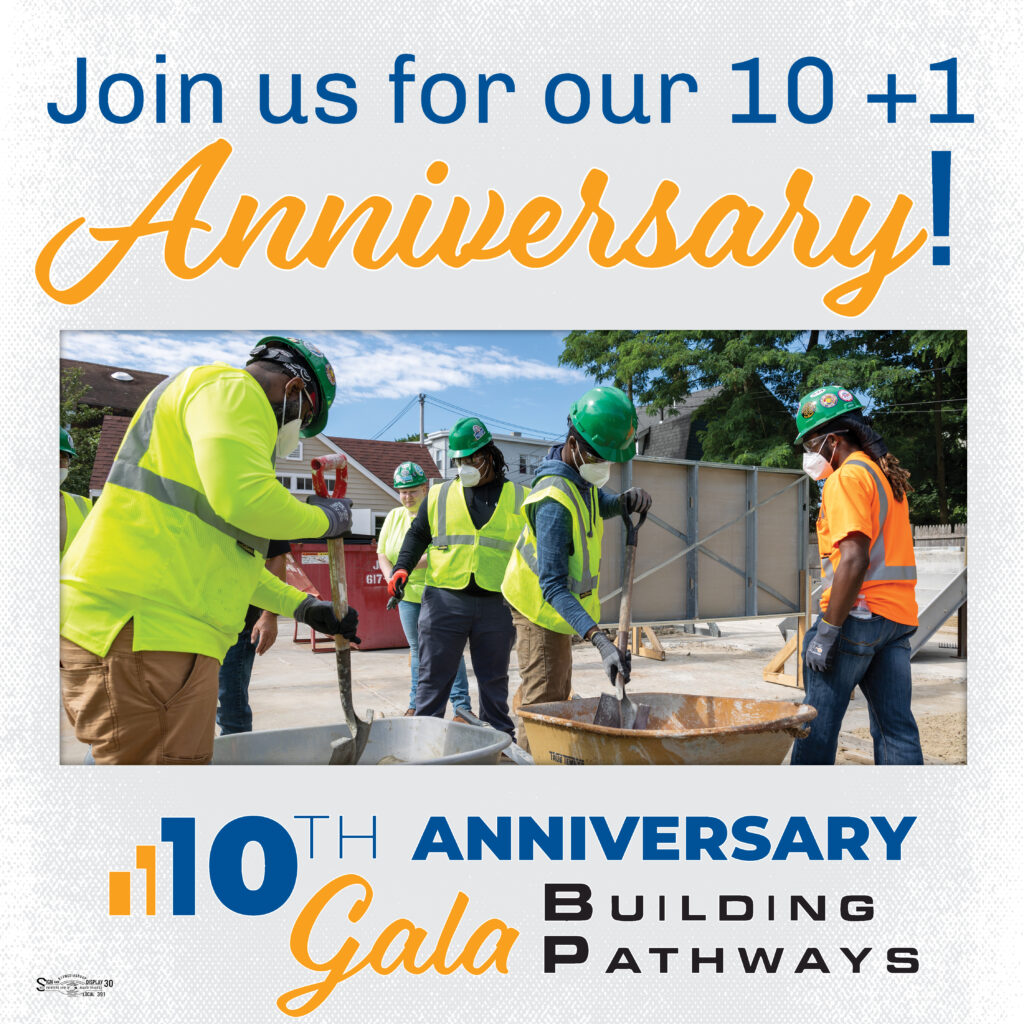